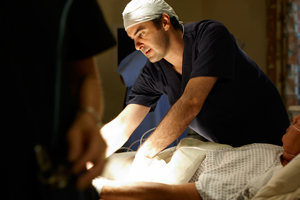 Martin Crots is a general surgeon with a subspeciality in Gastroenterology. He obtained his MBChB from University of the Free State in 2002 and was awarded the Cornelius Wessels medal as the best student in surgery. After completing his internship and community service is Kimberly Hospital under the tutorship of Prof Ettiene Theron, he started specialising in Surgery and obtained his MMed Surgery degree in 2009. He started working as a consultant at Universitas Academic Hospital in Bloemfontein and the University of the Free State completing his subspeciality in Gastroenterology under the mentorship of Dr Stephan Grobler (colo-rectal) and Prof Renald Barry (upper GI) in 2011.

He moved down to Cape Town and went into private practice at the start of 2013.

Martin is passionate about his patients and guarantees an open and available relationship with them. He practices in Cape Town Mediclinic and the friendly, 'homey' environment in conjunction with modern equipment ensure optimal outcomes. Pre and post operative care are a priority focusing on comfort and early recovery. 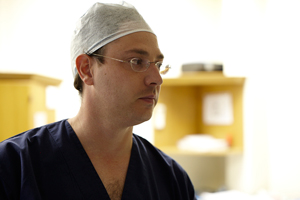 Dr Coetzee grew up in Johannesburg and completed his undergraduate studies in 2004 at the University of Pretoria. Following this, he completed his internship in Windhoek, Namibia and community service in Cape Town at 2 Military Hospital.

In 2006 he moved to Bloemfontein where he started his surgical training, first as a medical officer and then as a registrar in general surgery, qualifying in 2012. His special interest in critical care and improvement of patients' perioperative outcome prompted him to work as an intensive care consultant in Pelonomi hospital. While he was working in ICU, he ran a general and trauma surgery unit in the same hospital.

Pieter believes in a sincere, open relationship with his patients and understands that family support plays an integral part in outcome. This, together with 24 hour availability, sustains optimal medical and emotional support.

Although fully devoted to general surgery, Pieter finds a special interest in breast and endocrine surgery.